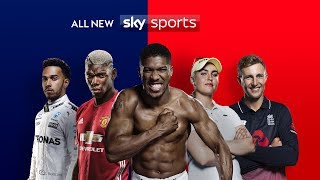 So as announced, and as we indicated in our previous post, sky spots has made the change, let’s see if clients are happier with the new setup. Until we get used to it all we can say is it’s a bit confusing, numerically it was easier, but we have also been used to it for a long long time, so we shall give the new listing a chance to. This is the new list of channels: Sky Sports Main Events Sky Sports PL (Premiere Leauge) Sky Sports Football Sky Sports Cricket Sky Sports The Op

Game of Thrones and the Spanish way of watching TV

So with the seventh season of Game of …. It seems everyone has gone nuts, hundreds of thousands of people have downloaded via torrents within minutes of it being live, HBO definitely had a night to celebrate with over 10 Million people watching it as it came out, and another 6 million or so that same day. By far it is now HBO´s most watched premiere in history. Netherlands had trouble keeping a stable connection prior to the world premiere ( they pulled it off in the end th

FREESAT ahead of the game with BBC RESTART

BBC iPlayer is introducing Restart direct from the Freesat TV Guide. The feature is being rolled out from Wednesday evening and is expected to be complete by Thursday morning in time for the Wimbledon finals this weekend. While live restart has been available on some platforms previously, this new implementation removes several clicks from the process. Viewers who have connected their boxes to the internet will then be able to roll back to the start of the show, without the n

Fiber To The Home (FTTH) keeps growing in Spain

The number of FTTH connections in Spain exceeded 5.5 million in May, according to the latest data published by the regulator CNMC. This represented an increase of 137,523 on a month earllier. Movistar was the market leader, operationg 3.2 million lines, or 57.3% of the total. All told, the number of FTTH lines increased by 1.7 million in the year to May 2017. This was in contrast to DSL, where the number of lines fell by 1.4 million. Meanwhile, the mumber of fixed broadband r

SKY has one foot in Spain

SKY + upgrades, thanks to SKY Q

Sky ESPAÑA up and running